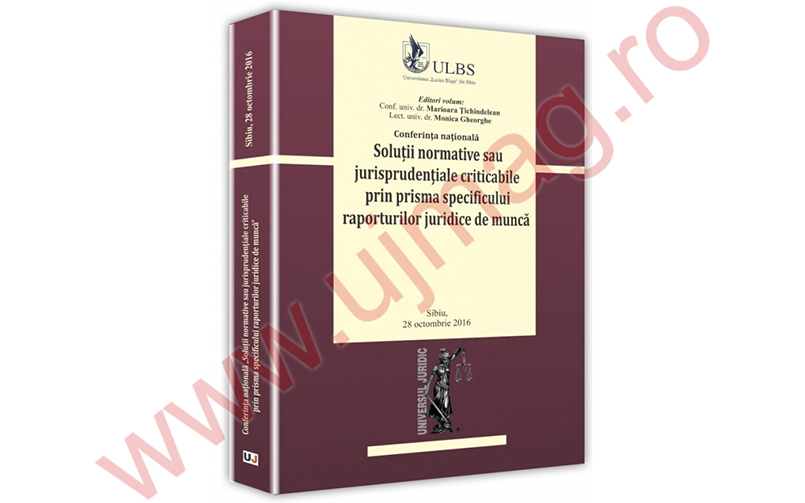 Description
The volume “Normative or jurisprudential solutions that can be criticized in terms of the specificity of the legal labour relations” includes the papers presented at the National Labour Law Conference, the VI edition, organized by the Law Faculty of the Lucian Blaga University in Sibiu, on the date of October 28, 2016.

The presented works represent a picture of the way in which authorities such as the Constitutional Court, the High Court of Cassation and Justice and the other courts, through the pronounced solutions, surprise the internal normative reality.

The participants at the conference made an incursion into the sphere of the principles of law, labour law and social security, constitutional and judicial practice and through the proposed solutions they revealed the complexity and diversity of the issues of labour relations and those grafted on them. The participants’ discussions accentuated the necessity of adopting clear normative acts, eliminating the non-correlation of the legal provisions, the need for a unitary interpretation of them in order to avoid the different application, a sign of the distrust in the justice of the regulation and the application with negative effects in the social plan.

The international normative framework and, in particular, the European framework obliges the competent authorities of our country to intensify the normative activity for adapting the legislation to the development requirements of the Romanian society internally and externally, identifying new ways to increase the responsibility of the social partners in the complex relationship of work that has many known elements, but also many unknowns.